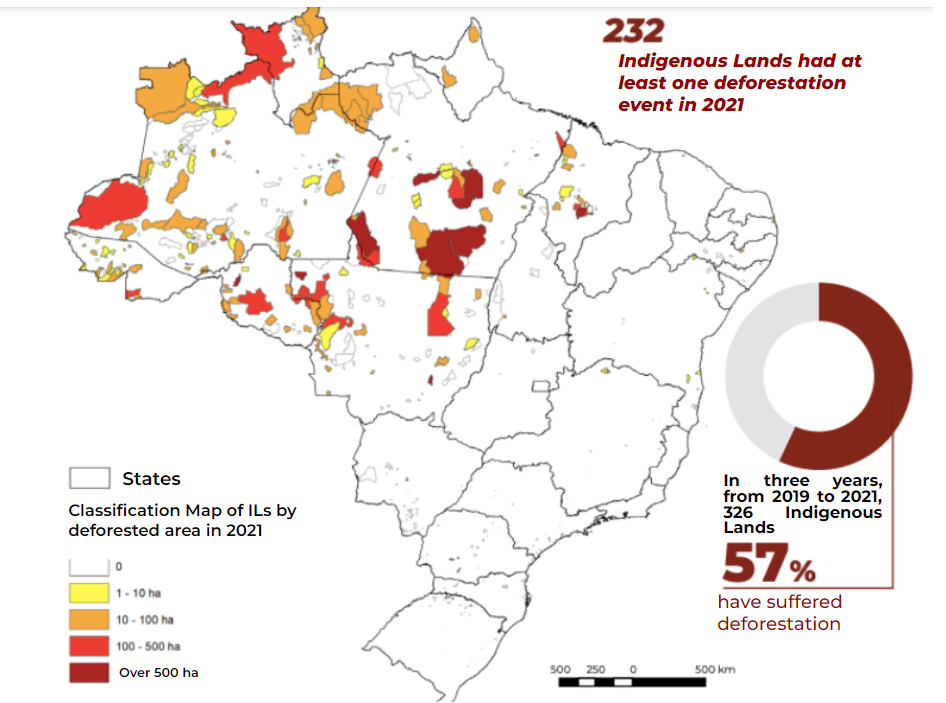 Of the total 573 Indigenous Lands (ITs) in Brazil (considering their various phases of recognition and demarcation, including with interdiction ordinance), 232 (40.5%) had at least one deforestation event in 2021, according to the most recent edition of the Annual Report on Deforestation in Brazil (RAD), from MapBiomas. The number of ITs that had some deforestation between 2019 and 2021 reached 326 (57%). Of this total, only 11 (2%) had more than 500 ha deforested. The ITs with deforestation are located in eight states: AM, PA, RO, RO, MA, MT, PR, AC and RR.

The largest deforestation occurred in the Apyterewa (8,247 ha), Trincheira Bacajá (2,620 ha), and Cachoeira Seca (2,034 ha) Indigenous Lands, all in the state of Pará. Kayapó and Apyterewa were the ITs with the highest number of alerts in 2021, with 531 and 514, respectively.

The 2021 DAR is the third in a series that aims to consolidate and analyze information on all deforestation detected in the six Brazilian biomes, by the multiple alert systems available, and which were validated, refined and published by the MapBiomas Alerta project.

Most of this deforestation occurred in sustainable use UCs (91.9%). Although in the fully protected UCs this percentage was only 8.1% of the total observed in Conservation Units, it was in this category where the problem has advanced the most.

>> Pará was the State with the largest deforested area in 2021 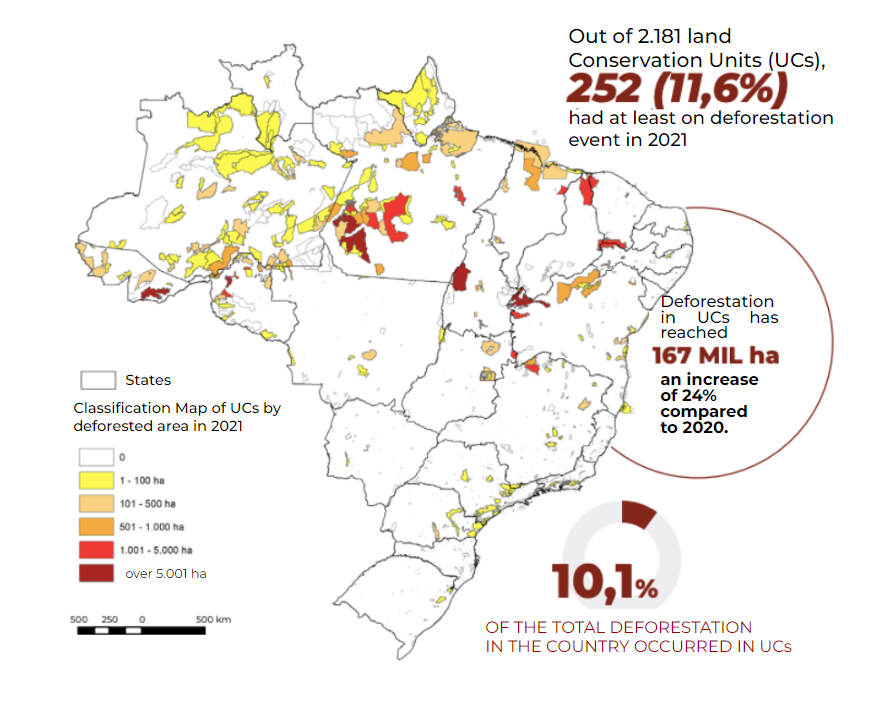